Serving the healthcare industry since 2001, Keystone has been using Citrix solutions for over a decade. With a well-developed Citrix Cloud hosting practice on AWS, along with integration and conversion services of EMR data, Keystone is anticipating revenue of 15-20 million by the end of 2024.

Our partnership has absolutely been critical when we go into potential engagements because Citrix solutions are so widely adopted in healthcare settings. Fronting the conversation with Citrix has been a huge success for us in helping drive these agreements forward.

Keystone’s mission is to ensure that healthcare providers have the information they need in order to provide the highest quality of care to their patients.

Eric Humes explains the origins of why he founded the business in 2001 to help physicians access patient information more efficiently: “When I was 16 years old, my mother was diagnosed with lupus. She would drag me along to all of her doctor’s visits, even take me out of school to help her lug her accordion file of all her medical records from all of her doctors and specialists. This was before EMRs existed. Her accordion file was so heavy she couldn’t carry it, but I could get it out of the trunk and put it on a cart. Then, we would wheel it into doctor’s offices because she wanted every doctor she saw to have her complete story. I was always into computers, and I would reflect back on that, thinking that there’s just got to be a way that technology can help to solve that problem.”

Today, Keystone’s strengths include large-scale, discrete data conversions into Epic, Cerner, and other EMRs, designing the conversion process as the lead architect.

At first, Keystone had their own data center space before starting to move to the cloud in 2010. “Before Citrix Cloud,” says Haas, “we had to manage all of those controllers and that backend Citrix infrastructure, patching NetScalers (now called Citrix ADCs)…things of that nature. When we were smaller and first starting off, that was easily doable. But as we’ve taken on larger healthcare environments and the need around that security and ongoing maintenance and management, Citrix allows us to just focus on the backend infrastructure, the EMRs. It’s been a huge help in terms of the uptime and reliability that we can provide to our physician clients.”

With Citrix, Keystone is able to scale existing environments and onboard new ones much faster. The ability to put workloads in different parts of the world is also a benefit from a disaster recovery and business continuity standpoint. Haas explains, “Having all of this fronted by Citrix, should we have to fail over in those cases, most times the end users are not even impacted.”

Humes explains the decision to use Citrix: “We adopted Citrix very early on. We knew it was more or less a standard for remote access for majority of healthcare, and we wanted to offer the best technology solutions available. We naturally evaluated the merits of Citrix, and ultimately adopted and committed to the Citrix portfolio. And we’ve been very consistent in our delivery and in our solutions that we’ve provided to our clients, be it environments that we had originally stood up ourselves based on our data center space in St. Louis and Kansas City, but then also later on, after we had migrated everything out of our own data center to AWS.”

When they made the strategic decision to move to Citrix Cloud and AWS in 2017, Keystone had no idea that a pandemic was looming. Their reasons were primarily to decrease risk, make their services more efficient, spin up servers faster, and control costs. By moving to Citrix Cloud and AWS, Keystone was able to scale their services dynamically and no longer have the maintenance and large expenditures associated with being responsible for servers in a data center.

Citrix helped us transition from the co-located data center to AWS, because that is our presentation and entry point for all of the physicians and the EMRs we host. The practice managers we work with knew the transition was happening. But the physicians end users weren’t even aware what was happening most times. As long as they could launch their Citrix desktop or stream their application, they never noticed anything other than greater performance and increased uptime.

By late 2019, Keystone had completed their transition out of their data center. When the pandemic hit, Keystone clients already had the technology they needed for remote data access.

The COVID 19 pandemic was kind of a non-sequitur for us for quite some time. And a large part of the reason for that is we already had everyone on Citrix. I can’t tell you how many phone calls I took from March to May of 2020, thanking me for insisting that everyone have these solutions in place and
refusing to compromise.

Today, the company firmly believes they have the platform in place to weather the ups and downs that the industry goes through on a regular basis. Says Belval, “Because of the disruption to elective surgeries and other factors, the fourth quarter of 2020 was probably the worst quarter the company has ever had. But, 2021 replaced all of that revenue in about 75 days.” Belval admits that he never would have predicted replacing the lost revenue so quickly, but the company continues to grow, and he anticipates finishing 2021 at 7 million. Based on current projections, Belval anticipates that Keystone will reach 15 to 20 million by the end of 2024.

By providing hosting, integration, and conversion services, Keystone Technologies has differentiated itself from other service providers in the healthcare technology industry. With so much expertise and being able to do both large-scale data conversions and small acquisitions puts Keystone in an excellent position to serve even more healthcare clients. Plus, with their history in the pre-cloud environment, they’re well versed in legacy systems and know the healthcare industry well. Says Belval, “We like to joke with AWS that we’ve been in healthcare longer than they’ve been a company.”

According to Belval, “A pretty awesome advantage of the Citrix partnership is having a good partner manager who understands what we do and how we can utilize them. They gave us the opportunity to meet with their chief healthcare strategist and discuss ‘tip of the spear’ strategies that we can execute to penetrate further into the market. We’ve worked with Citrix’s marketing group before, and we have co-sponsored events together, and taken advantage of the other resources that Citrix has to highlight what we’re doing in the marketplace. And we’re definitely looking forward to furthering our partnership with Citrix.”

Keystone is now an AWS advanced consulting partner and has an AWS Healthcare Specialist certification. With Keystone in growth mode, Belval expects that they will be taking advantage of more Citrix- and AWS-specific training and certification in the next year and a half.

Facebook
Twitter
LinkedIn
PrevPreviousCEO Eric Humes presents on how Keystone’s partnership with Citrix is helping us to deliver healthcare data to our clients.
NextInnovation Through Trusted Partners – Keystone Technologies partnership with Ingram MicroNext 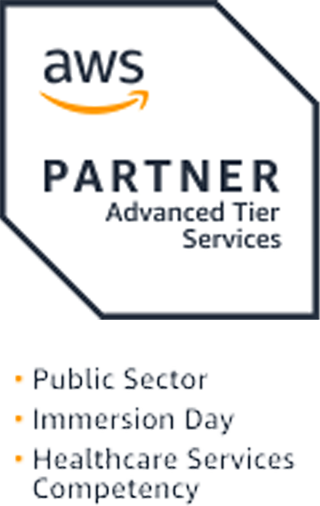